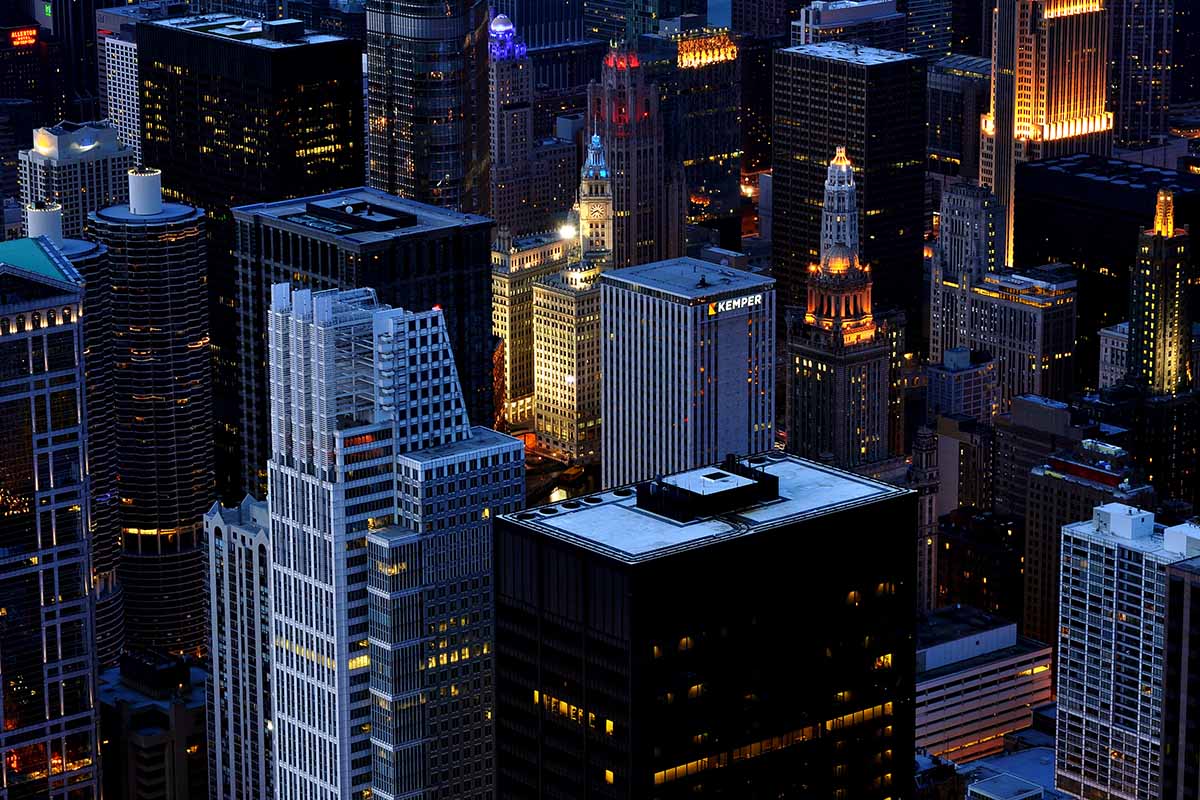 Working from home meant we could vary snack and coffee breaks, change our desks or view, goof off, drink on the job, even spend the day in pajamas, and often meet to gossip or share ideas.

On the other hand, we bossed ourselves around, set impossible goals, and demanded longer hours than office jobs usually entail. It was the ultimate “flextime,” in that it depended on how flexible we felt each day, given deadlines, distractions, and workaholic crescendos.

But on Aristotle’s view, the lives of individual human beings are invariably linked together in a social context. In the Peri PoliV he speculated about the origins of the state, described and assessed the relative merits of various types of government, and listed the obligations of the individual citizen.

Working from home meant we could vary snack and coffee breaks, change our desks or view, goof off, drink on the job, even spend the day in pajamas, and often meet to gossip or share ideas. On the other hand, we bossed ourselves around, set impossible goals, and demanded longer hours than office jobs usually entail. It was the ultimate “flextime,” in that it depended on how flexible we felt each day, given deadlines, distractions, and workaholic crescendos.

Aristotle made several efforts to explain how moral conduct contributes to the good life for human agents, including the Eqikh EudaimonhV and the Magna Moralia, but the most complete surviving statement of his views on morality occurs in the Eqikh Nikomacoi.

We welcome all our readers to the first of our 2020 Commentaries. In it we firstly consider the performance of financial markets during the course of 2019 and we then review the outlook for 2020, followed by observations on the UK economy and on post Brexit matters.

Taking last year in isolation, for the most part major equity markets performed well, led by the S&P 500 which closed at record highs, followed by European markets and to a lesser extent by the UK, the latter held back by a number of uncertainties. Japan, several Emerging Markets and Asia achieved more modest gains, as did Hong Kong in spite of riot induced recession. In fixed interest markets, otherwise known as bond markets, the falls in both US 10 year Treasury and UK 10 year Gilt yields were arrested. Nonetheless, many developed economy government bond yields remain below zero when inflation is taken into account. It is at this point that putting matters into context of the last ten years becomes relevant. The financial crash of 2008/2009 destroyed the balance sheets of many commercial banks around the globe. To avoid a 1930’s type financial crisis, central banks pumped billions into markets to enable lending to continue while interest rates were cut sharply. Despite this the last ten year have seen only slow growth in business investment and confidence. Indeed, whenever monetary policy has been tightened, financial markets have been hit, for example in the second half of 2018, followed by the recovery seen in 2019, the latter reflecting the suspension of tightening rather than any return to strong growth. We conclude that despite the degree of recovery seen over the last decade, there still remains substantial tension perhaps best illustrated by the concerns within the Trump administration raised by the emergence of China as the world’s dominant exporter over the last twenty years.

China and the US have just signed a ‘phase one’ trade deal. The US has agreed not to proceed with certain tariffs on Chinese goods while in exchange China will import additional agricultural produce and there will be further protections for technology. This is far from a fully-fledged comprehensive trade deal, however in an election year Trump will surely be keen to demonstrate proof of his comment three years ago that “trade wars are good and easy to win”. It also seems reasonable to suggest that the US will bring further pressure to bear in respect of its trading relationship with the EU where President Trump is unlikely to give ground easily. Against this somewhat uneasy background we anticipate that interest rates in the key developed economies will remain low. Inflationary pressures, a key driver of interest rates, will continue to be constrained and unless global trade levels accelerate quickly, to an extent that puts significant pressure on raw material prices and on wage growth, we do not see this changing for the moment.

If we are correct in our view on inflation, easy monetary policy looks set to continue into 2020, providing a steady background for fixed interest markets. As readers will know, such investments form a significant element of the lower risk portion of portfolios: while we do not expect growth in value during 2020, reasonable rates of interest offered should ensure steady returns.

The outlook for equity markets is impacted by world trade considerations, by company profits and geopolitical matters, reflected in confidence among businesses and investors. Over the last decade of gradual recovery, confidence has slowly gained traction in the low inflation, low interest rate environment. Companies continue to be able to borrow cheaply to finance their business investment activities while others have used borrowing to buy back more expensive to service equity, reducing supply and as a consequence pushing up share prices. These trends look set to continue, as does the move towards higher dividend payments although the rate of growth in the latter may slow. Provided that there is no aggressive monetary tightening during 2020 and no major geo-political events occur, we believe that the outlook for equities remains broadly satisfactory and at a tactical level, our equity asset allocation continues at the higher end, clearly subject to individual client’s approach to risk. By international standards, UK equities look relatively cheap. The yield on the FT All Share Index is currently some 4.2%, well above international averages, it is many times the return available on bank deposits and nearly three times current inflation levels. But there is a catch, namely that the impact on business of the eventual changes to the UK’s future trading relationships are entirely unknown. Particularly for more risk adverse clients, it is our view that UK equities remain a place to be underweight while uncertainties persist.

Observations on the UK economy and the Budget

The new administration’s first budget is scheduled for Wednesday 11th March, to be delivered against a background of election promises, political imperatives and economic realities. Strengths include low unemployment and low inflation, while continuing low interest rates provide support. However poor productivity levels and weak growth remain deeply problematical. In addition, UK importers or exporters are in the dark as to the terms of trade that will apply in the future. This is particularly pertinent in respect of trade with the EU which accounts for nearly half of the UK’s overall trade, presently carried out on the most favourable terms. It therefore seems reasonable to believe that the eventual deal with the EU will be the dominant one: the further that the UK diverges from the EU, the greater will be the need to build access to more distant markets. The forthcoming budget will be a tight one. The government aims to balance the current budget within three years and certain additional spending pledges have already been made. As a consequence, proposed cuts to corporation tax have been cancelled and other tax increases may be expected, excluding the areas protected by manifesto pledges. In addition, the so-called fiscal rules are being eased to free up capital for investment in infrastructure projects, the latter very likely to be focussed in Northern England and the Midlands. As it happens, apart from Scotland, Wales and Northern Ireland which all benefit from higher spending, the North East and the North West are already not far short of London in terms of public spending per person although they lag far behind in productivity. Financing capital expenditure of this type via borrowing makes good economic sense if long term productivity improves commensurately. In our view, the Chancellor’s task in March and over the next few years will be particularly difficult unless the current pattern of modest global growth changes for the better.

By the end of this month, Westminster is almost certain to have completed ratification of the Withdrawal Agreement, a timeline that will be broadly matched by the European Parliament. The UK will no longer be an EU member state from 1st February but little else changes at that stage. Negotiation in respect of the future relationship between the UK and the EU looks set to begin in earnest in early March, with the EU aiming to have their mandate agreed a few days earlier. An EU/UK summit is due to take place in June, to assess progress made. As matters now stand, June is very probably the final month in which Britain could change its mind and request an extension to the transition period beyond the end of this year. A trade deal will need to be substantially complete by the end of November if it is to be ratified before the year end and if by 31st December no agreement has been reached, and if no extension is in place , a ‘hard Brexit’ will occur, with the UK then reliant on World Trade Organisation terms. In our view, a most disruptive outcome. This is an exceedingly tight timetable: the most likely outcome as we see it is that agreement will be reached on a number of basic issues by the end of this year, sufficient for both sides to describe it as a ‘deal’, leaving implementation to be done over time, with further negotiation to follow in the service sector. We expect both foreign exchange and stock markets to be particularly sensitive to developments as we draw closer to the key dates and much work with both EU and non-EU trade negotiators will continue well into the new decade.

A new member of the team

We are delighted to announce that we have been joined by Dorchester based Abby Johnson, Chartered FCSI, CertPFS. Abby began her investment management career over 20 years ago with a local Stock Broking firm, in Dorchester. Since then, Abby has specialised in working with private clients and trustees regarding all aspects of wealth management. Abby is currently the President of the Chartered Institute of Securities & Investments (CISI) South Coast branch.

All the staff at P J Aiken Ltd take this opportunity to wish readers a happy and prosperous New Year!

vamtam-theme-circle-post
 Category News Article
Despite uncertainty over the likely course of the Covid pandemic and in the latter part...
Read More

vamtam-theme-circle-post
 Category News Article
Given the horrific news we have all seen and heard about the situation in Ukraine...
Read More